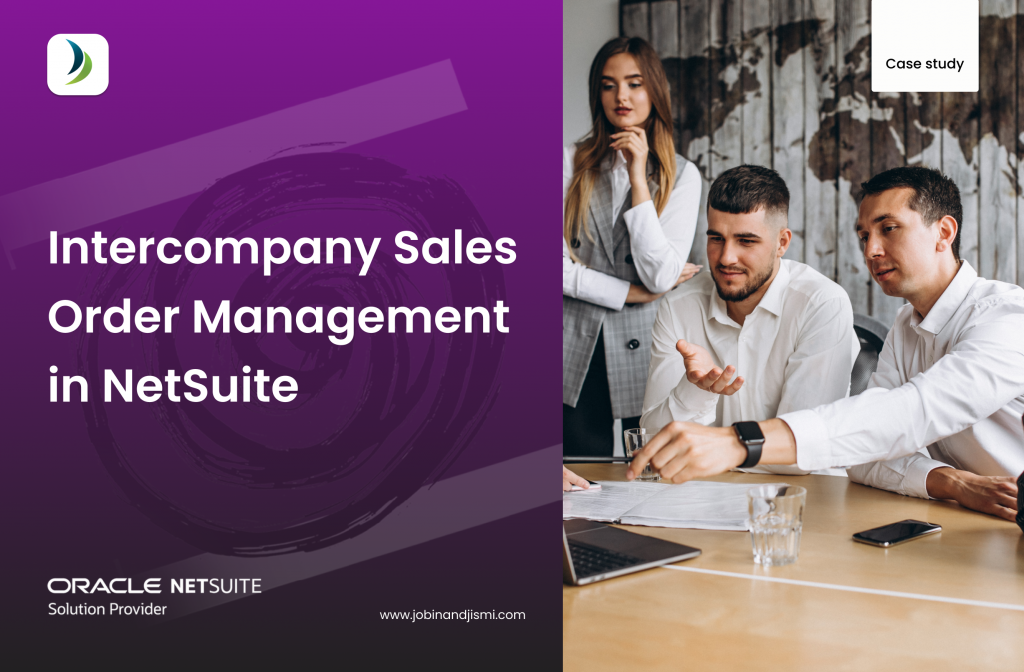 A company based in Australia’s Brisbane has been in the powder painting industry for more than 37 years. Founded in 1985, they are experts in powder coating, priming, and abrasive blasting for projects of any size. The firm wanted to implement NetSuite as well as customize the software for intercompany sales order management. Intercompany functionality is mostly used to manage transactions among subsidiaries. NetSuite offers a single account to handle all of these transactions for numerous subsidiaries as well as manage the company's finances for multiple taxes and different currencies.

Both domestic and foreign subsidiaries are grouped in a single account by NetSuite using a single hierarchical structure. Each subsidiary operates independently as a legal entity with its own nexuses and base currency. For reporting reasons, subsidiary-wise and consolidated statistics are accessible.

Instead of manually creating a separate sales order, Intercompany Management enables us to automatically produce sales orders from the purchase order.

Its main objective has always been to provide customized service with superior results.

We examine and comprehend the needs of the customer before starting customized operations.

There are two subsidiaries. A Sales Order (SO) must be created in one subsidiary along with a Work Order (WO) when a Purchase Order (PO) is created in another.

Our client required minimizing manual labor and simplifying the procedure when a product is purchased and sold between two subsidiaries.

When a purchase order is created, the second subsidiary must create a sales order as well. They intend to generate a PO at a different subsidiary and sell it through that subsidiary. That implies that transactions should take place between two subsidiaries. They are required to purchase and sell their goods through their two companies. Their challenge was figuring out how to process things while minimizing manual labor.

In PO only, they have trouble manually drafting a bill. There was an error made when generating the WO. The problem was detected by our developers while saving the WO. They used a script and got rid of consumers to save the WO. Records are created by the work order completion once the WO is finished. How many goods are expected to be produced? This sum is displayed as having been committed to that SO. An invoice and SO item fulfilment are produced as a result.

The Jobin & Jismi team enthusiastically seized the chance to help this amazing company achieve its lofty goals. They received assistance from our team by way of the following services.

Our team was able to quickly develop the solution due to thorough research of the customer’s requirements and business procedures.

The product is sold from the first subsidiary to the second subsidiary when SO is created. Our developers generated an item fulfillment in order to demonstrate the selling procedure. Following the creation of an IF, an invoice is generated.

Only after the project is finished does the first subsidiary offer things. The process will only start when it is necessary or when the SO is generated; it is not pre-built.

As a result, what actually happened was that our developers first constructed PO and then SO. A WO will be created along with SO, in which the manufacturing process will be tracked. When this work order is finished, the only items that can be sold are those made by SO.

For customers, a production procedure is involved. In an intercompany procedure, pre-manufactured products are typically sold. However, they produce and market it.

Our team’s biggest obstacle during this customization was that when a product was purchased and sold between two subsidiaries, the item must be manufactured and sold rather than the fully finished goods that have already been purchased. It involved a work order. Making work orders was also a little challenging. Due to a saving issue, they were unable to manually build a WO from the SO. They fixed the problem by linking scripts.

The outstanding team at Jobin & Jismi mitigated the risk by conducting an extensive study, and Suite Answer helped them find the solution. The Aussie firm no longer needs as many manual processes, which makes their operation much simpler. Work orders are automatically generated by automation. They can produce PO in one subsidiary, and then immediately create SO and WO in the other subsidiary.

Our team successfully completed the customization within 2-3 days.

The expert team at Jobin & Jismi was successful in satisfying the client’s needs. The requirements were successfully met by our client. Automation of the manual procedure makes the work considerably simpler, which reduces the time spent on it and boosts productivity.

It helps businesses increase productivity and revenue so they can run more efficiently and maintain their upward trajectory.

The requirement was successfully met and it greatly simplified their work and saved time. By enhancing their flexibility and industry expertise, they raised their output, sales, and efficiency.

NetSuite consulting or development services when you need it as you need it.